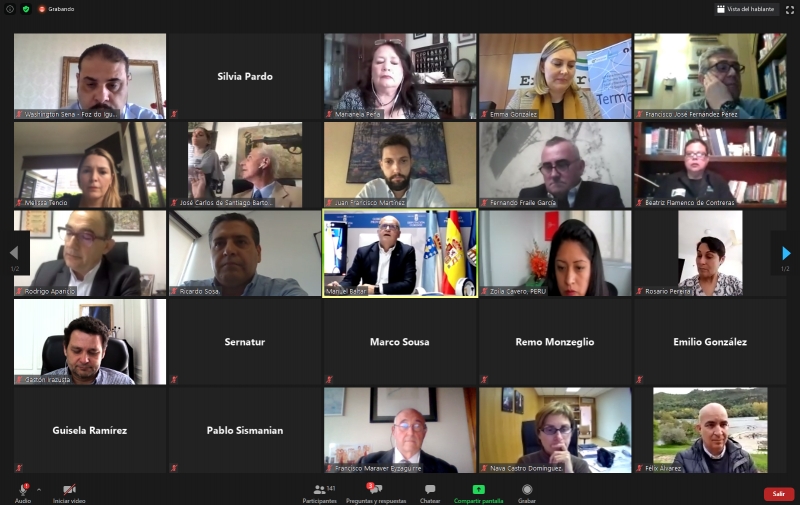 Ourense, 10/28/2020.- Termatalia held this afternoon the 1st Ibero-American Summit on Public Policies for the development of Thermalism that brought together more than 150 directors of public entities that manage hydrotherapy in 17 countries in Europe and America (Argentina , Brazil, Chile, Colombia, Costa Rica, Ecuador, El Salvador, Spain, Guatemala, Mexico, Nicaragua, Panama, Paraguay, Peru, Portugal, Uruguay and Venezuela). Among the conclusions of this meeting, in which 23 experts from 12 countries participated directly, the announcement of the creation of a World Thermalism Observatory that would be based in Ourense, also headquarters of Termatalia when it is held in Europe, stands out.
The participants in this summit coincided in highlighting the need for the permanent international structuring of thermal destinations. The announcement of the creation of the Observatory was made by the president of the Termatalia advisory committee, the Ourense Provincial Council and the European Association of Historic Cities with Thermal Heritage (EHTTA), Manuel Baltar, who took on the proposed challenge by the executive secretary of the National Institute of Tourism of the Argentine Republic (INPROTUR), Ricardo Sosa. During his speech, Sosa showed the interest of the Argentine government for Termatalia to take advantage of its international network of contacts in the sector to contribute to the development of global hydrotherapy throughout the year by bringing together the different entities that manage international hydrotherapy so that they can share experiences , transfer knowledge and good practices. President Baltar then picked up this “glove” announcing the creation of this World Thermalism Observatory that will combine the prominence of Termatalia as a thermal bridge in Europe and Latin America with the leadership of thermal spas at the European level that is currently exercised by the Ourense Provincial Council through the chairmanship of the EHTTA This body would also serve to propose measures for the recovery of a tourist segment that will have great opportunities once the pandemic is over.

Another of the important conclusions reached at this summit has been to start working on an initiative to elevate the Senate of Spain and that will request that patients who have passed the COVID-19. This proposal came from two of the provincial senators from Ourense who participated in the summit as listeners (Francisco José Fernández and Miguel Ángel Viso) after listening to the interventions of different experts in medical hydrology and different public leaders of international thermal destinations. After the cancellation of the IMSERSO social thermalism programs, this initiative would represent a new opportunity for Spanish spas that offer more than 25,000 places and that involve more than 5,500 direct jobs, a figure that can double if indirect ones are added. In addition, this proposal would value natural resources and contribute to socioeconomic development by seasonally adjusting the tourist offer and to overcome the demographic challenge of depopulation in rural areas where thermal centers are located (the vast majority with less than 5,000 inhabitants in Spain).

Coordinated by the director of Termatalia, Emma González, this summit began with an institutional intervention by the sponsors, among which Manuel Baltar stood out in his role as president of the Termatalia advisory committee, the Provincial Council of Ourense and the European Association of Cities Historic with Thermal Heritage (EHTTA); Nava Castro, director of the Galician Tourism Agency; and Ricardo Sosa, executive secretary of the National Institute of Tourism of the Argentine Republic (INPROTUR). As a courtesy guest on this first panel, the Vice Minister of Tourism of Uruguay, Remo Monzeglio, also participated.

The central axis of this meeting was to know the different reactivation plans and prevention protocols in the thermal tourism sector. In this sense, the Director of Tourism for Galicia, Nava Castro, emphasized the support that Tourism has provided for years to the Chair of Medical Hydrology at the University of Santiago de Compostela, since research, innovation and specialization in Balneotherapy will be key in the future of the thermal sector to which new opportunities are presented at a time when the consumer / tourist is more concerned with prevention and strengthening their immune system. He also insisted on the need to demonstrate scientific evidence of the benefits of balneotherapy in patients who have suffered COVID-19. 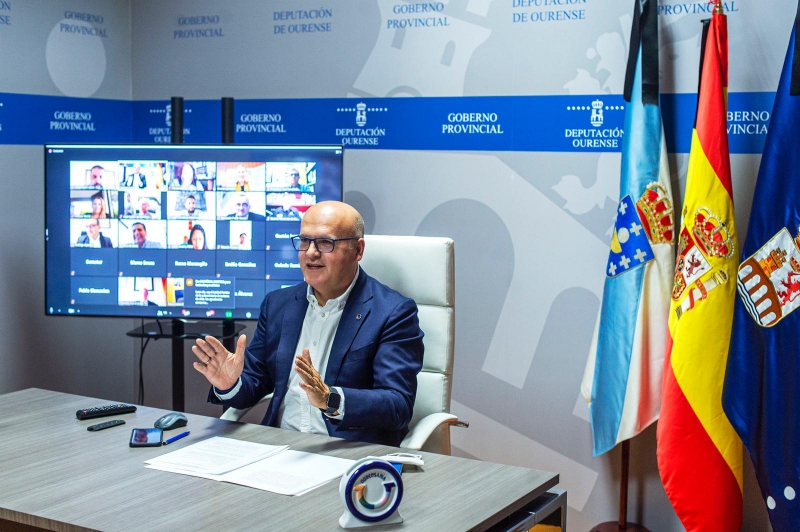