The Argentine province of Entre Ríos will host Termatalia 2020 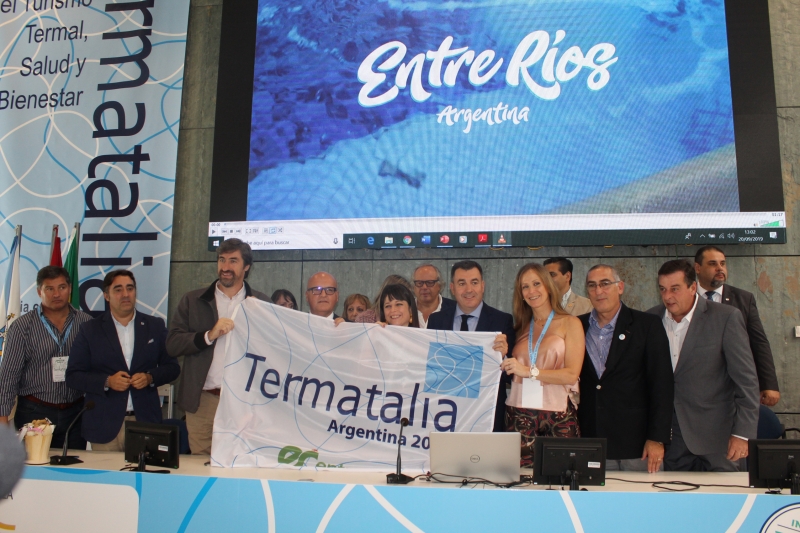 Ourense, 09/20/2019.- Termatalia 2019 closes the doors of its edition in Ourense, already laying the bridge for the organization of the 2020 edition that will be held in the Argentine province of Entre Ríos. The secretary of Tourism of Entrepreneurs, Carolina Gaillard, collected this morning the witness who makes them the headquarters of the next edition in Latin America at the hands of the Regional Minister of Culture and Tourism of the Government of Galicia, Román Rodríguez, of the president of the Diputación de Ourense, Manuel Baltar, and the vice president of the Expourense executive committee, Jorge Pumar. Entre Ríos assumes from today the challenge of planning Termatalia 2020, a candidacy that has the support of the governor of the province, Gustavo Bordet, and with the support of the private initiative and of the entrepreneurs who lead the 16 thermal complexes of the province.

This delivery was the central act of the second and final day of Termatalia 2019 in which a new edition was also held, the 17th already, of the International Water Tasting that was directed by the Galician hydrosumiller Mercedes González and had a jury formed by professionals from Spain and France. The results of this tasting were the following:
- Very Weak Mineralization Water Category:1st Prize: Agua Sana (Pontevedra - Spain)
- Weak Mineralization Water Category:1st prize: Water Nº 9 (Jaén - Spain).2nd prize: Aguas de Monchique (Monchique - Portugal)3rd prize: Sanxinés (Pontevedra - Spain)
- Category Mineral water with natural gas:1st prize: Magma (Ourense - Spain)
- Category of Mineral Water with added gas:1st prize: Magma (Ourense - Spain)2nd prize: Agua de Solares (Cantabria - Spain)3rd prize: Agua de Sousas (Ourense– Spain)
- Category “Innovative container”:1st prize: Water Nº 9 (Jaén - Spain).2nd prize: Magma (Ourense - Spain)
- Corporate Social Responsibility Category: Fontecabras (Zaragoza- Spain)
During this second day, business meetings continued in the Tourism Contracting Workshop between the exhibitors and the 26 tour operators. Termatalia has also been the framework chosen for the implementation of the first action of the project "A break on the roads" promoted by the Tourism Cluster of Galicia with the support of the Tourism Agency of Galicia at the request of the Expourense partners, Spas of Galicia, Caldaria Group and the Provincial Federation of Hospitality of Ourense. This project seeks to organize stays in the spas of the different Ways of Santiago. This morning a workshop focused on tourist products oriented to the Camino de Santiago was held based on the offer of Spas in Galicia.

Termatalia also hosted this morning the presentation of Enbhiga 2019, the Bioceánico Hispano Gastronomía Meeting that will be held in the province of Ourense between October 15 and 19 and that will gather chefs and press from a dozen countries. In the same Healthy Eating Area, several cooking workshops with thermal water were also given, including one for the realization of thermal ice cream with water from As Burgas. Already in the afternoon, several thermal destination presentations were made for tour operators and the specialized press such as that of the Argentine province of Santiago del Estero, Foz do Iguaçu in Brazil and the Termas Centro de Portugal project.
With regard to knowledge, today the International Meeting was held on the Session on Tourism, Innovation and Sustainability, framed in the XIV International Meeting on Water and Health that was attended by 46 speakers from a dozen countries.

Tour operators specialized in this sector, such as Pravassa from the United States, Rusticae from Spain and Chile or Nextel or Yu Travel from Spain, participated in this session. This day was complemented with another session that analyzed the development of strategies and approaches to new markets for health tourism in which Spas of Galicia, Costa Cálida Cares de Murcia participated or representatives of companies from the sector of countries such as Slovenia (Slovenian Association of spas).

Termatalia 2019 closes already but tomorrow Saturday there will continue to be activities related to it. since visitors from 34 countries will make some of the thermal routes that have been organized to Cortegada and Melgaço, organized by the Raia Termal project and the Eurocidade Verín-Chaves Vidago.

Termatalia finishes its 19th edition after two days of intense activity that have summoned about 6,000 visits from 34 countries. 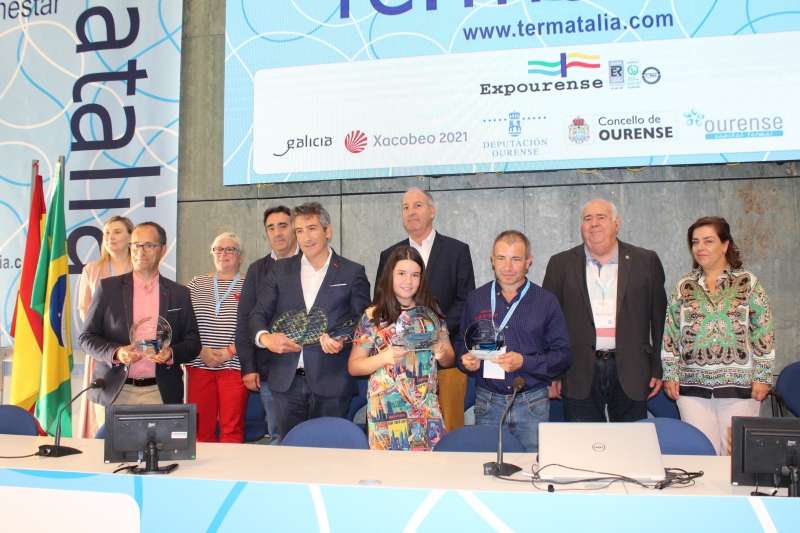 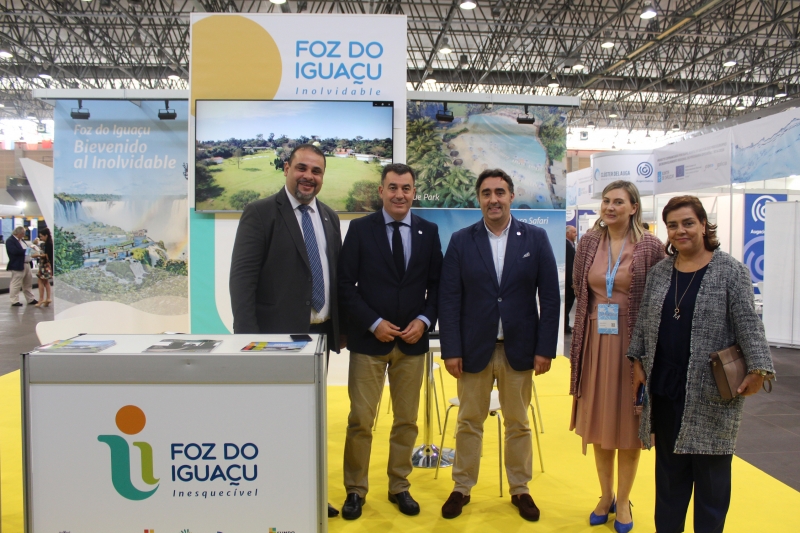